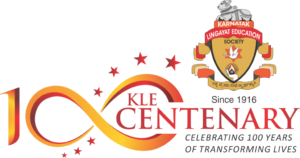 North Karnataka during pre-independence period was educationally and economically a backward region. Yet, there was a great thirst for education among the people. This educationally backward region experienced a scientific renaissance of the mind and the spirit with the inception of the Science college in Belagavi by Karnataka Lingayat Education Society, in 1935. Initially, the Science course was introduced in the, then, already existing Lingaraj Arts College. It was progressing by leaps and bounds; and subsequently,in 1941, it was named as Raja LakhamaGouda Science Institute, after the name of the munificent Sardar Raja LakhamaGouda Basavaprabhu Sirdesai of Wantamuri, who had generously donated to the institute.

The degree course in Science was inaugurated in 1944, by Sir. C. V. Raman, the Nobel Laureate. It had the honor of imparting instructions in Physics, Mathematics and Chemistry at Post-Graduate level from 1948 to 1957.

Raja LakhamaGouda Science Institute has a rich academic history of seventy nine years spanning over three generations of students. Since its establishment in 1935, the Institute has been supported by the committed faculty members undertaking curricular, co-curricular and extra-curricular activities to fulfill its mission. The Institute offers students the opportunity not only to expand their own creative scope, but also to add to the knowledge base of their subjects by taking up research projects. Hence, conducive environment for teaching-learning is preserved. Thus, it brings a sense of accomplishment to the faculty members and stakeholders alike. The Institute has, over the years, expanded and grown by leaps and bounds and its alumni have excelled themselves all over the world.